What is AMSTRAD CPC?

The Amstrad CPC (from the company name “AMSTRAD”, named after its founder Alan Michael Sugar, TRAD for “trading”, and CPC for Color Personal Computer), was 8-bit micro-computer produced by Amstrad between 1984 and the early 1990s.
The series of computers counted several models: 464, 664, 6128 and took advantage of a wide range of games on floppy disks and cassettes. 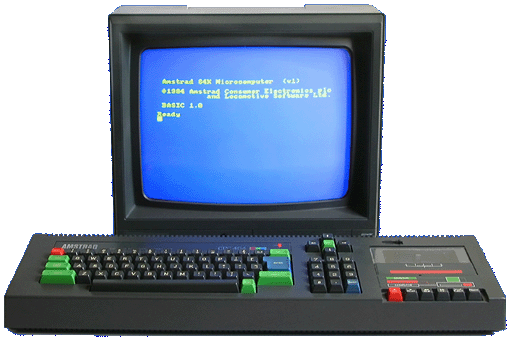 How much does an Amstrad cost?

For a second-hand complete Amstrad CPC 6128 (CTM 644 monitor + keyboard with integrated floppy drive) in good working condition and a few games on floppy disks, you may pay around 150 and 200 euros (between $181 and $241) (according to person-to-person sales websites, vintage category, in 2021).
There are also keyboards only (with floppy drive but without CTM screen) at the price of 120 euros ($145).
In 2021, finding a working Amstrad CPC with no parts to be repaired takes luck and patience.
Amstrad games can be also found on these individual-to-individual websites. They are usually priced between $12 and $30, depending on the rarity of the game and their format cassette(tape) or diskette.

How does the Amstrad tape player work / How do I load and start a game on Amstrad CPC 464 cassette?

How do I start a game on Amstrad Emulator?

The principle is the same as with a real Amstrad computer.
Your floppy disks are “.DSK” files. To simulate inserting a floppy disk, there is a “Drive A” menu where you can select a DSK file.
There exist several Amstrad Emulators like WinAPE or CPCBox.

How do I repair an Amstrad floppy disk drive?

The CPC 6128 floppy disk drive was not really very reliable. After a few years of use, at the beginning of the 90s it was already showing weaknesses (it was often necessary to try several times so that the floppy disks end up being read...) In addition, the floppy disks even can show signs of wear and tear...
Some solutions:

Is downloading possible on Amstrad?

If the concept of the Internet appeared later, Amstrad was already able to download online games. In 1988 with AMCHARGE and equipped with a Minitel, you had access a hundred games including Arkanoid, Space Harrier, Aliens, Barbarian, Marble Madness, Xevious... at the price of 114 Francs (around $19 in 1988). In fact you could have the "download kit" including AMCHARGE software + CPC-to-Minitel cable for 99 Francs + 15 Francs shipping cost.
Do you remember the magazine Amstrad Cent Pour Cent and its section pages “DOWNLOAD YOURS” (“TELECHARGEMENT VOTRE”): “Type 3615 code AMCHARGE” (which will eventually become “3615 code AMSTRAD”).
This catalog already offered access to games for rental or for sale (in this case, a formatted floppy disk had to be inserted).

How many colors can be displayed on Amstrad? 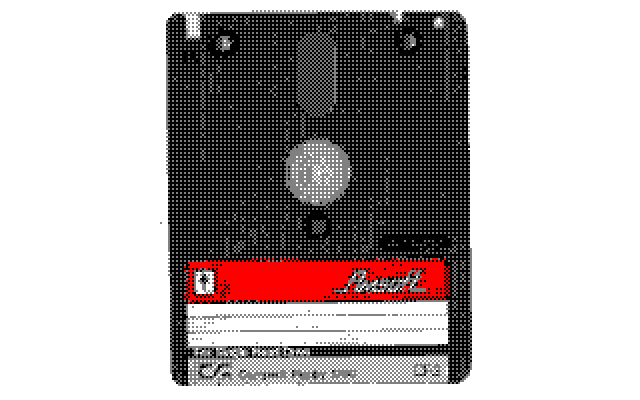 How do I display a photo on an Amstrad screen?

The Image-To-Amstrad-CPC "ImgToCPC" software allows you to convert an image to Amstrad format by processing your image file and display it on the Amstrad screen using the LOAD and POKE functions. This is not the only possibility because Amstrad still have a rich and productive community these days. Many people had the opportunity to look into the graphics functions of the Amstrad, in order to always try to push its limits and exploit its potential to the maximum. Games and "demos" are still being released in 2021.

Download Image-To-Amstrad-CPC converter
You can download ImgToCpc directly or read the page dedicated to the ImgToCpc software for more information.
Credit Images:
- Woman with straight hair image on Amstrad CPC : "This Person Does Not Exist" www.thispersondoesnotexist.com
- Crocodile on Amstrad CPC (eye) : David Clode https://unsplash.com/@davidclode
×
Accept
We use cookies to offer you a better browsing experience, and analyze your visit on website. There are NO ads on our website. Read about how we use cookies and how you can control them on our Privacy Policy. If you continue to use this site, or if you close this box, you consent to our use of cookies. Thank you. Close